You probably see AC750 and Ac1200 while thinking to buy a new router or range extender. You must be confused about Which one is better AC750 vs AC1200.  To find the best speed router first you have to understand the difference between ac1200 vs ac750 come in different brands of routers. If you want to upgrade your router with a dual-band router to increase the wireless speed with your internet plan and are not sure you should buy AC750 or AC1200 as per your internet speed then read this article to understand the difference between AC750 vs Ac1200. 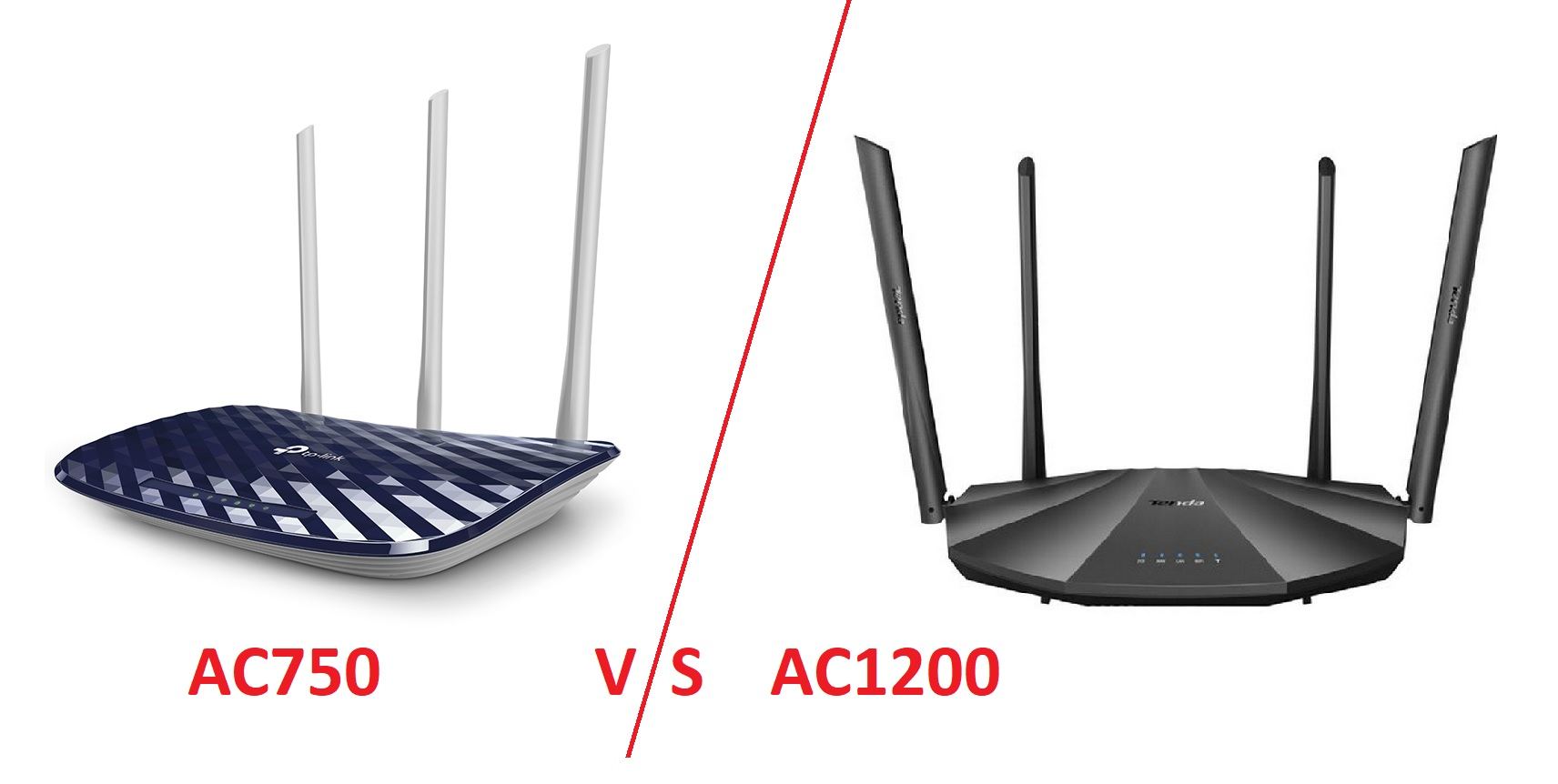 AC750 and AC1200 also come with a Range extender which defines the supported speed of both 2.4Ghz and 5.8Ghz wireless bands. You must notice wireless router comes with an AC750 model and AC1200 Model that probably more costly than a single band Wireless router and an AC750 router is always cheaper than an AC1200 router. In this article, you will understand AC750 and AC1200 differences that apply with all brands routers such as tp-link ac750 vs tp-link ac1200, NetGear ac750 vs ac1200 router, Tenda ac750 vs Tenda ac1200.

First, understand the meaning of AC750 and Ac1200 for a router and which one you should buy for high-speed WIFI and internet speed.

What Does Mean AC750 in Wireless Router?

If your TP-link Archer C20 AC750 dual-band router, it means your router support 300Mpbs speed in 2.4Ghz and 433 (450) Mbps in the 5Ghz band. So whenever you looking to buy an AC750 Mbps Dual-band router also confirm the LAN interface support Gigabit, not 10/100Mbps because Lan with 100Mbps will not give you an internet speed of more than 100Mbps due to LAN speed limitations.

What does Mean AC1200 in Dual Band Router?

Archer Ac1200 or AC1200  means Router support 1200Mbps speed with 2.4Ghz and 5.8Ghz wireless band. You probably see different router brands provide routers with different speeds such as AC1200, AC1350, and more. The router model number can be different as defined by the manufacturer but the meaning of Ac1200 will be the same for any brand’s router.

AC1200 Mbps means router support Wireless speed 300Mbps with 2.4Ghz WiFI and 900Mbps with 5.8Ghz wireless speed that is a combined speed. Whenever you planning to buy a dual-band router for your home or office must be check if the router is Ac750 or Ac1200 Mbps.

If you understand AC750 and AC1200 model numbers in WiFi routers then it’s a bit simple to understand which one is better and why. Higher speed is always better than lower speed. Router with 1200 Mbps wifi speed better than 750mbps wifi speed that provides you better live streaming, local wifi network, and fast internet surfing experience.

AC 750 router gives you a total Wireless speed of 750Mbps with both bant where Ac1200 provide total increased speed 1200Mbps compare to 750. Buying a higher speed router depends on your internet speed so if you have an internet speed of only 100Mbps then you can go with AC750 instead of buying AC1200.